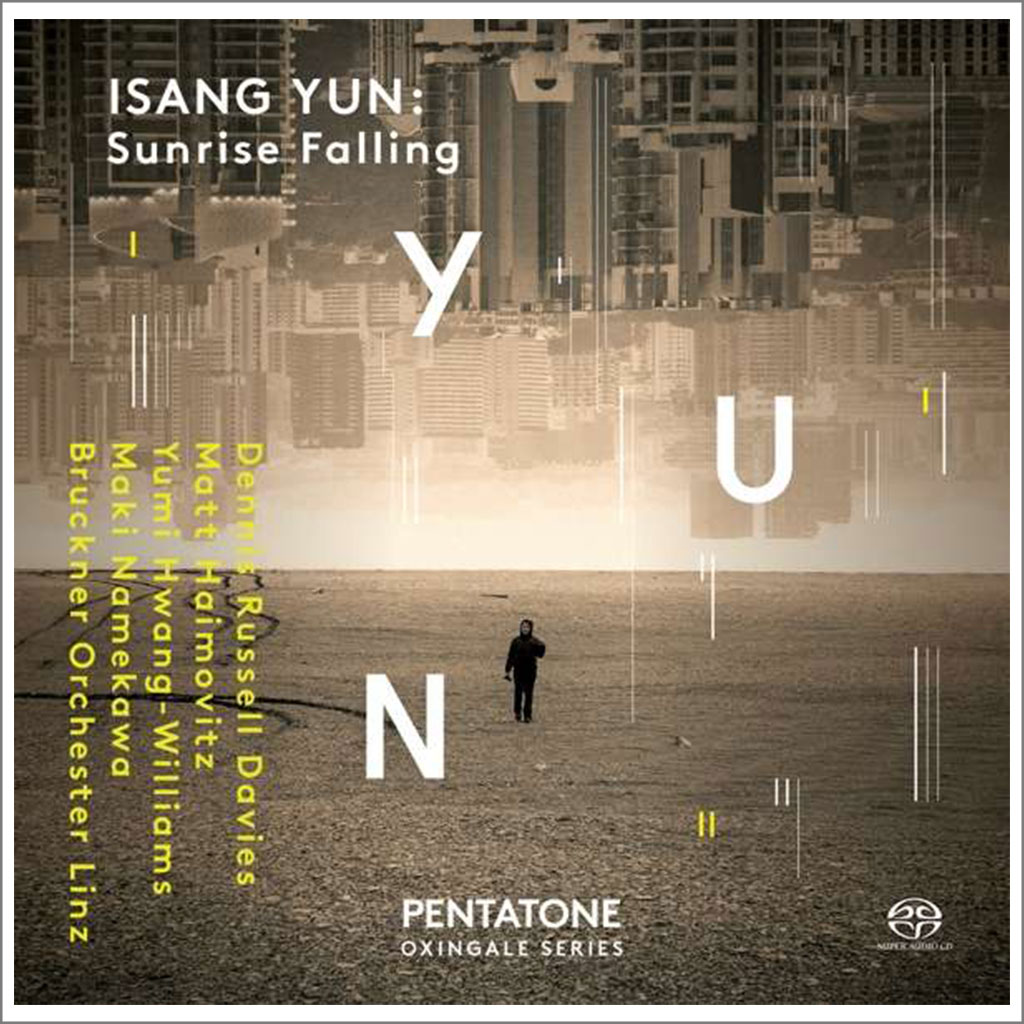 The Ö1 “Pasticcio” award of the month June

The Korean composer Isang Yun experienced an unimaginable period of torture and repression in the late 1960s, he was kidnapped by the South Korean government in Darmstadt and charged with no proof of espionage for North Korea and subsequently sentenced to death.

His music was and is an up-to-date vision of an undivided country, the unity of North and South Korea, for which he has dedicated his life.

Dennis Russell Davies has been very committed to the work of Isang Yun, so it is only logical that he released this impressive review with the Bruckner Orchestra Linz, Matt Haimovitz (cello), Yumi Hwang Williams (violin) and Maki Namekawa (piano ) on Pentatone.

The orchestra is phantastically disposed for this double album titled “Isang Yun: Sunrise Falling”. Particularly special and inspiring is the interpretation of Fanfare & Memorial, the orchestra shimmering in all colors and presenting world-class sound. Dennis Russell Davies leads the Bruckner Orchestra with his keen sense for the floating in this solitary music, which does not shrink from great drama and roughness, but never lacks elegance in his hands.